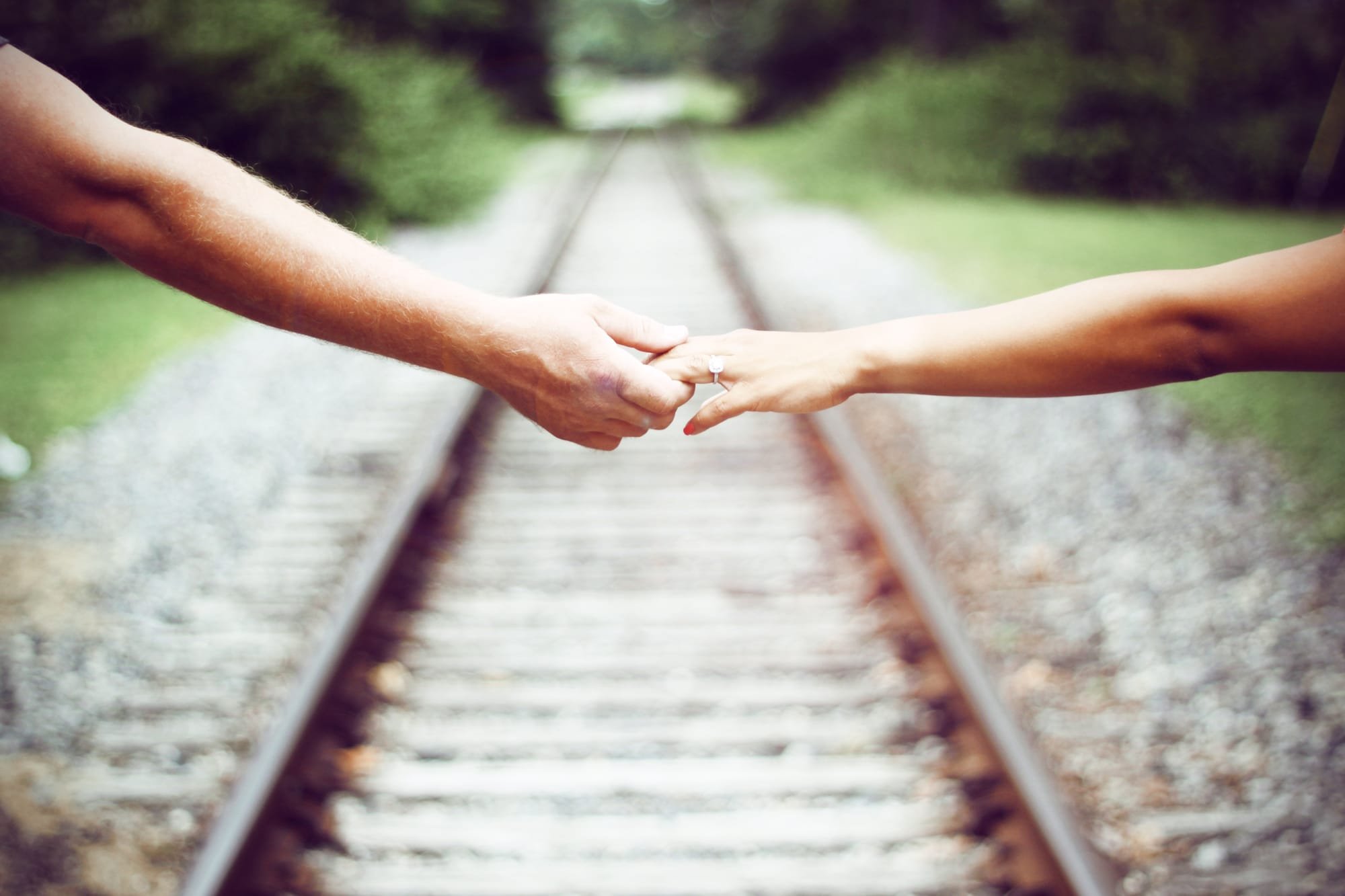 Recently, when collecting my partner from the airport, I remembered when we first met and how there were no questions about whether the timing was right, or what might come from the relationship. Had I met Ms Right?

From a certain perspective every person we have a love relationship with is ‘Right’, even if the initial rightness turns into something that feels very wrong. All relationships actually have something in them for us. We may never know what this has been and especially how the worst experiences were necessary at all.

The longer a relationship, the more the impact on us, and on the other. Growth will ultimately result, whether imperceptible or life-changing. Everything we experience contributes to the evolution of our psychological/spiritual self, then at a certain point, this aspect of who we are is discovered to be rather like the part of the iceberg that is above the waterline. It is our sense of who we are – our ego self – but we find this is only on the surface. This shift in consciousness is often brought on by the suffering sometimes caused by the relationship itself, that forces us to question everything. As we look deeper we realise there is an ‘awareness’ in the background to our sense of self that is not our thoughts, feelings and emotions. This realisation is commonly referred to as ‘Awakening’.

After awakening, the ego is no longer in the driving seat, but it does continue to grab the wheel, and sometimes for long periods, and we do not even notice it has happened. However, in time we become increasingly established in the awake state, and we then catch the ego as it goes to work, we see the ego-mind, its judgements, beliefs and tendencies, and we can disregard its temptations. We no longer give the egoic, self-oriented thoughts and feelings the attention that feeds them.

Awakening for most occurs gradually, starting with a stepping back from the mind, where we find we can watch thoughts and feelings. This gradually progresses to the point when one realises that the watcher is our true self. After this there is a settling-in of this new way of encountering our world, leading eventually to the position of the watcher becoming our permanent state.

After awakening has begun to happen, when we are relating to others who have not yet been through this shift in consciousness, for the most part the interactions are only at a surface level, because this is where almost all of their attention is focused. It depends where they are on their journey and whether they are getting closer to the point when they will begin to awaken. The further from it they are, the less complete relating can be. If we are attracted to someone, but they are nowhere near reaching the beginning of awakening, any relationship with them will be satisfying and rewarding only to a point, and gradually this will become less than enough, and ultimately it will end, either completely, or at least the intimacy will melt away.

A relationship between an awakened and a non-awakened person will never be self-sustaining and full of mutual growth and support – unless of course a very rare thing happens – the un-awakened wakes up! This is possible when the un-awakened is nearing that point anyway, but unless it does the relationship will eventually run its course and turn destructive, even where there is love, compatibility and attraction. This is because the stress and frustration that both experience will eventually become too much for one or both. Before this happens, the ego of the awakened partner may believe that it will be possible for it to awaken the other, but in reality, what has happened is that the unconsciousness of the un-awake partner has pulled the other backward into the influence of the ego!

When an awakened person meets another who is also awake, and there is attraction and compatibility, there is a recognition of this between them. Thoughts of “is this a good potential partner?", or "is the timing right?”, never occur. Nor do the old ego-related behaviours that characterise the beginnings of a relationship need to happen.

If you are still reading this, then you are already awakened to some degree. If you are also single, and not fundamentally against having an intimate relationship, then right now the universe is lining you up for one because our close relationships are key to our never-ending evolution. It will suddenly be there, and it will always come in an unexpected way!