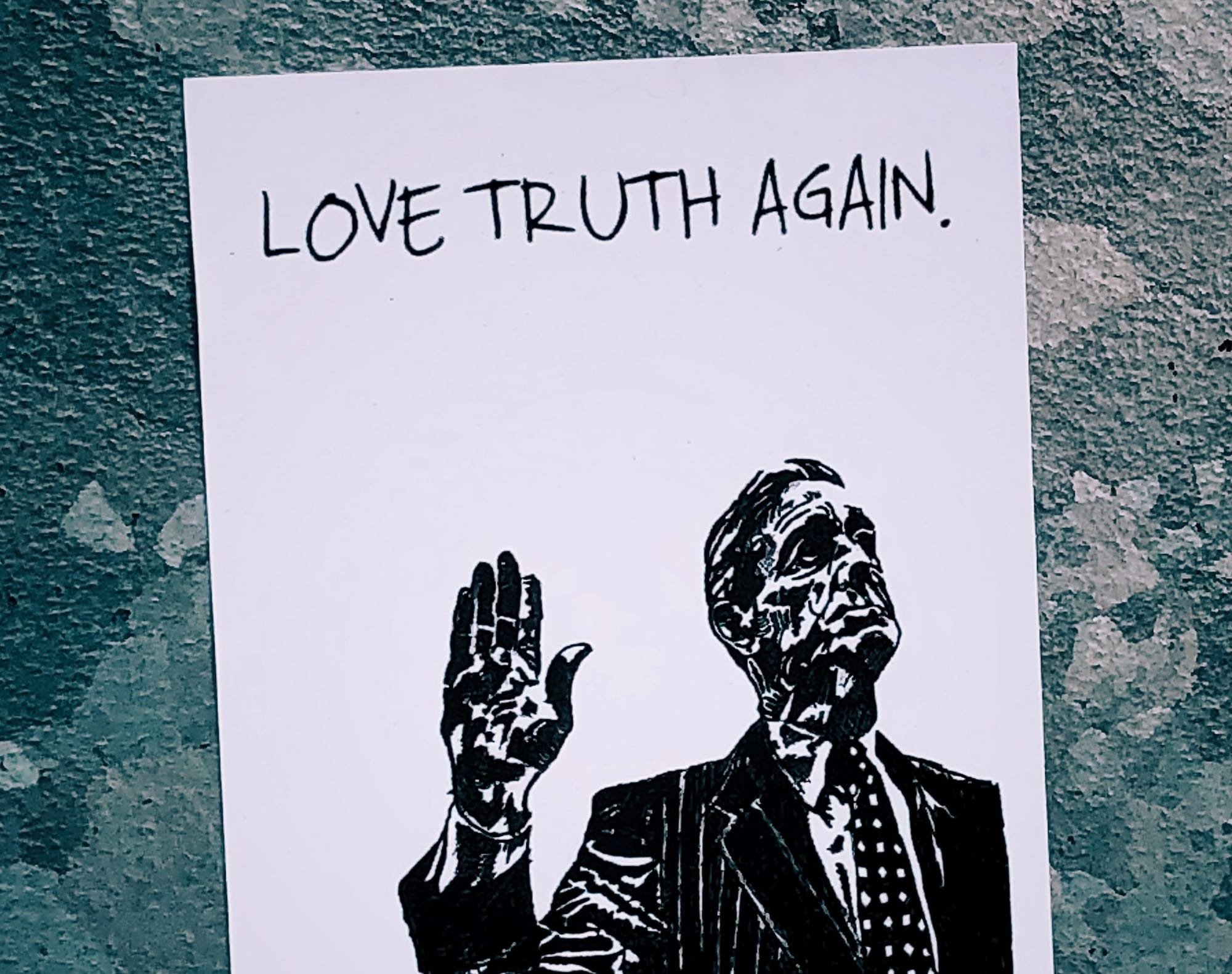 “Truth is confirmed by inspection and delay; falsehood by haste and uncertainty.”
Publius Tacitus - historian of the Roman Empire

In a court of law, sworn testimony is declared as “The truth, the whole truth, and nothing but the truth, so help me God”. But is any “declared truth", actually Truth? How often do witnesses mis-remember, bend the truth, or simply make things up?

In a courtroom, as in everyday life, something is only actually true if it can be proven beyond doubt. Yet even apparent facts can be falsified, and an 'accepted truth' may later be shown as false. To arrive at a universally accepted and enduring truth is nearly impossible.

Truth is most often just a matter of opinion. If it is true to someone, then it is their truth. If someone is sure in their mind then they hold onto this 'truth', even in the face of facts that prove their truth to be questionable.

So, the moral of this story is, be very careful what you believe to be true.

This is especially so in matters of Belief.

Religions and many spiritual belief systems set out their ideas as explanations of the great mysteries of existence, as if they are certain truth. And because these “truths” relate to the Meaning Of Life, when someone decides these ideas are right, they become the most powerful beliefs of all. But in a spiritual and religious context, truth is not a word that should be used in an absolute sense because it cannot be proven.

Living in a bewildering, ever changing and uncertain world, we are always open to believe something that reassures us, makes sense of our lives, gives us hope or provides a sense of security. When we believe what we have been told, that belief takes hold of our mind - we become convinced it is true - after this, it is only a short step to defending this belief, and trying to persuade others of our ‘rightness’. When a belief defines a person, they will be willing to fight for it, even to the extremes of the Extremist.

We owe it to ourselves to always be wary of taking as necessarily true anything we are told, hear or read, that leaves us with the slightest unease. Our mind might conclude it makes sense, especially if the source is a so called expert or authority, but we need to listen also from the level of intuition. We should never allow our mind to overrule our heart, or gut feeling, because this is our instinct telling us what is right for us.

Ask yourself, does the priest, guru, spiritual teacher or counsellor personally and directly experience what they profess to know and present as Truth? Does it feel right to me?

Wherever possible, when you feel unsure or stressed about a response to a situation, pause...allow your instinct to tell you. When there is a sense of ease, lightness, peace and space around something - this is a sign that it is true and right for you.

Ultimately, something is only truth to the extent that it is true to you.

Spiritual Truth
What's love got to do with it?
What is the ego?
Anxiety