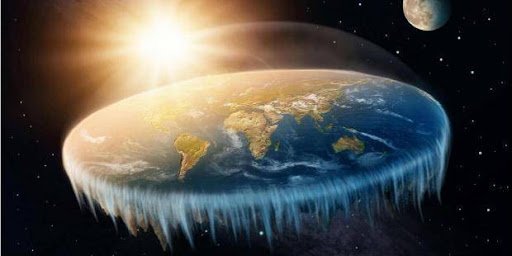 What's the difference between Belief, Knowledge and Truth?

Have you ever become speechless with incredulity when listening to someone talk passionately about something they clearly think is true which has no foundation in any reality you have experienced, or totally contradicts scientific evidence?

Many believe the earth is flat or all records and evidence about the evolution of our world are wrong, and there are many other strange ideas in which many believe. These beliefs carry a strong personal conviction. This is because beliefs contribute to the sense of who we are.

Beliefs are felt to be solid, like ground under our feet - we act on them and defend them. We really do believe in our beliefs! But if we are honest enough to really look, how often can we say that our beliefs are true beyond reasonable doubt? Although we hold onto them as if they are true, beliefs by definition are most often an acceptance that something exists or is true, in the absence of proof.

Isn't it amazing that we can be prepared to defend to the death something that is not provable?

Belief is about having faith or confidence in something. It often begin as just an opinion. Perhaps we start to believe something that we have been told or read... Belief just is there in us one day - it is not a choice, it is an involuntary action occurring after our own internal standard for evidence has been met. In other words, belief results when we are convinced of something.

It is important to recognise that our own internal standard of evidence is not necessarily equivalent to actual evidence.

Knowledge is different - it can be independently proven beyond reasonable doubt.

Add knowledge to belief and we create something we call Truth. But even truth is still only subjective. Widely held 'truth' is often found to be false when new evidence is discovered.

So can we be certain of anything? Certainly not belief. Nor even 'truth'. So what can we know for sure is true?

Ultimately only that which we experience can we really know. But even then, we can only know that something is true for us.

Once our understanding reaches the place where we know what we do not know - we finally see past the egoic mind and begin to uncover the deeper levels of truth.