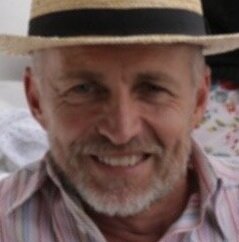 Many years ago I started my own business, and although it was very rewarding to create something out of nothing, for the next 20+ years there was plenty of stress and I often found it difficult to fall asleep, then woke feeling anxious. Not long after starting the business I also became step-father to four young children. My life changed so fast and with all this, my monthly outgoings jumped, then continued to rise - and the anxiety grew.

Ten years on and I discovered that my wife had been cheating. I remember the feeling - it was surreal - a mixture of unreality and the ground under my feet becoming quicksand.

Devastating and traumatic as this was, I decided to try to keep the family together and the marriage going, but after a very difficult year, my wife moved out of our home, leaving me to manage the arrangements for her children and our possessions. During the next two years, going through a very difficult divorce, I found myself unable to focus on the business which consequently went into decline, ultimately almost leading to bankruptcy. Then, when this was all at its most intense, my father died.

That whole period of my life was like a never ending nightmare. Acute anxiety was constantly with me, and in the latter stages, before the wave had crashed and receded, I went through a short bout of dark depression.

The collapse of ‘my world’, made me question everything I thought I knew. And the pain sent me inward in search of answers. I looked to spiritual teachings and meditation for something that would relieve me of the anxiety and depression. Then, totally out of the blue, an understanding revealed itself...

It was a 'light bulb' moment. A revelation! Like learning a fantastic new piece of information or waking out of a dream.

I suddenly experienced a sensation that was like stepping out of the play of my life. And with this a new perspective came. For the very first time I knew beyond doubt that my beliefs, thoughts and feelings were not all that I was! There I was, in a deeper aspect to who I was - in the background, watching all things. I found that I was still experiencing all that went on in my mind and body but I was simultaneously one step removed from it. But what was this place I had discovered? It just seemed empty, silent and peaceful...

From that day onward my anxiety, the pain and the depression, began to melt away. This happened simply because I now knew that all experience was not as real as I had believed it to be. The feelings and thoughts still took me over regularly, and I continued to wake up feeling anxious, but I now had a way out - I could consciously drop into the still, empty peace, a place that was not involved whatsoever with the day to day of my life.

In time, all the negative emotions, depression, sadness, anger, anxiety, fear, gradually lost the ability to overwhelm me. As they came up it became automatic to step back away from them, into my inner self. They continued to arise for several years, but little by little they got weaker until eventually they evaporated completely.

As more time has passed the place of 'watching' lost even the quality of being a place, and is now just known, at the deepest level, as my true self. It is difficult to give it a description, but 'Pure Awareness' is close. Being in flow with 'Divine Intention' is how it feels.